Browse: Home   /   To my dearest dolphins 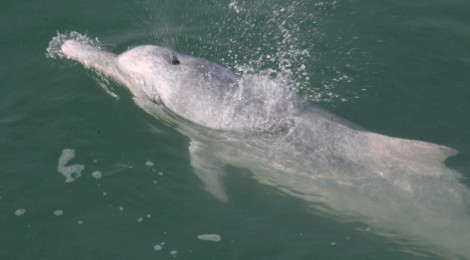 To my dearest dolphins

Hello….it’s (still) me, Stephanie! I have a week or so left of my internship and like most interns have mentioned, two months has gone by so fast. One of my favourite memories of this internship so far, were the six dolphins that were swimming around our boat. I was truly mesmerised by their playfulness. 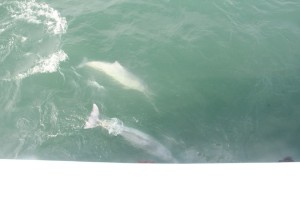 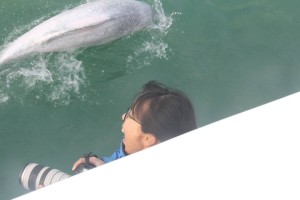 I was recently asked ‘what was the most challenging thing about being an intern?’ I mentioned that it is feeling hopeless and impatient when not making a sighting or days with no sightings. I thought about what other challenges there were. Another one was probably keeping calm when asked if we trained dolphins for shows found in dolphinaria. I understand that there is still a misconception that marine mammals are treated well in captivity. The perception of marine mammals having a fulfilling lifestyle of being fed, enough space to live, considered intelligent as they learn new tricks and a habitat safe from predators, is far from the truth. With assumptions like these, it is important to educate and advocate these issues amongst the community through spreading awareness. 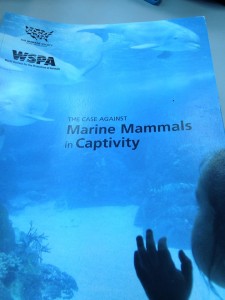 One of the most enjoyable reads in the office

School seminars run by Viena and Taison, are given to engage students in bringing awareness and recognising human impacts their native friends face. Samuel, Taison and I took part in the protest to ask the Japanese Embassy to put an end to the annual slaughter of the Taiji dolphins. The young ones deemed fit are kidnapped and placed in dolphinaria, whilst their family are slaughtered in that red sea. We will change this industry with our voices, to end captivity and freedom for all cetaceans. 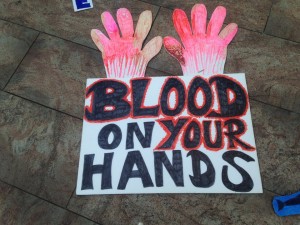 One of the posters at the protest

As always, a big thank you to the dolphins, porpoises and the HKDCS team; Samuel, Vincent, Taison, Viena and Leon for the last amazing months. I have one more post left before Robin, our newest intern takes over!