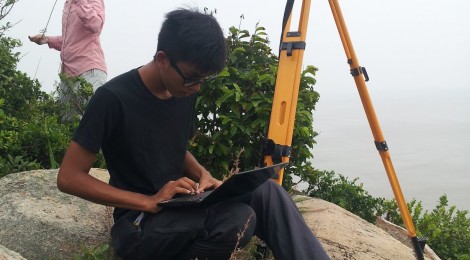 It finally comes to the end of my internship programme. Last week was so fruitful that I did some special sightings during both theodolite tracking and line-transact survey. 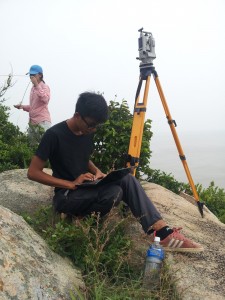 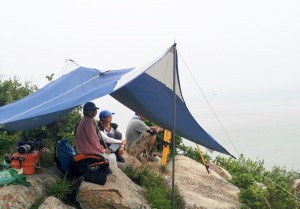 Also, dolphins kept surfacing actively in the first two hours of the survey. Different groups merged and spited out continuously. It was a bit hard to identify which group the dolphins belong to as there were too many dolphins at the sea. 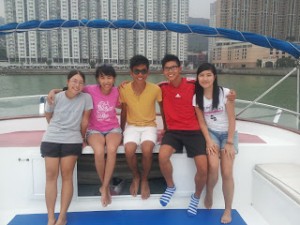 A special guest in this picture..guest who!

I observed a dark calf surfacing around 20 meters away from the boat and I yelled immediately after the surfacing. After we stopped the boat for further observation, the group was found to consist of a mother-and-calf pair and another dolphin. Through photo identification, the calf was found to be a famous calf, Hei Hei (希希). Its true story was written in a book called Man Vs Dolphin (豚在野希希大冒險). I was glad that I did a nice job during my last line-transact survey. 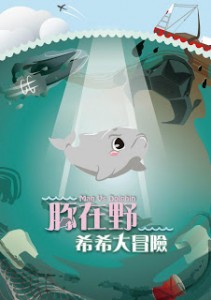 There is an end to everything, to good things as well. I feel difficult to say how much I have learnt and experienced in the past nine weeks. I have enjoyed my time here and it has been my pleasure working with the amazing staff here and the enchanting animals at sea. I will remember the time we worked together and the moments that I was excited by the fascination of dolphins.