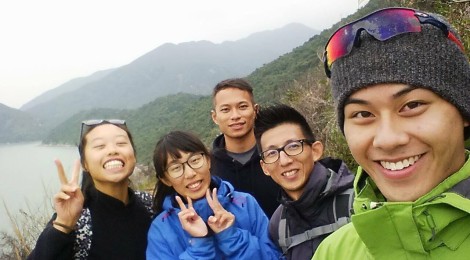 Hello, I’m back! My apologies for the long wait, it’s hard to believe that my internship has come to an end. I began this internship on January 11th and now summer is already setting in. If I had not already emphasized enough, this internship is very dynamic and I feel there is always something to learn each day. At the beginning of my internship I wanted to see how human activity in Hong Kong affected the two resident cetacean species: the Chinese White Dolphin (CWD) and the Indo- Pacific Finless Porpoise (FP). After completing this internship with HKDCS I feel that I have become much more aware of the problems that the populations of CWD and FP are facing.

I had the opportunity to observe five human activities that are having an adverse effect on the cetaceans living in Hong Kong waters: land reclamation projects in cetacean habitat, bioaccumulation from waste and sewage discharge into the ocean, noise pollution caused by sea based construction and ocean traffic, ship strikes, and injury and death caused by fishery activity. This internship allowed me to thoroughly realize the severity of anthropogenic impact on the cetaceans resident to Hong Kong.

On April 6th we spotted a CWD that was entangled in gill – net fishing gear. The netting was wrapped around its fluke so we worried that the dolphin would be unable to feed due to the heavy weight of the fishing gear. For the next few weeks the dolphin was re-sighted, but it looked thinner then before suggesting that it was not able to feed well. Trying to free or capture the dolphin may do more harm then good due to the stress that it would cause the dolphin. I find that this is a tragic example of how entanglement with fishing gear is one of the major threats to marine mammals.

Now perhaps for more happy stories, I wanted to highlight what I liked the most about the internship. I had the opportunity to meet activists, students, news reports, photographers, filmmakers, educators, conservation researchers, and people who just want to learn about dolphins, all on this one survey boat: Standard 31516.

I worked with a team of amazing people: Samuel, Vincent, Taison, Heyman, Leon, and Stephanie took me in and shared with me their passion for cetaceans, conservation, animal rights, and food :) . I learned everyday and I appreciate the patience, enthusiasm, and warmth they expressed to me throughout my time as an intern. 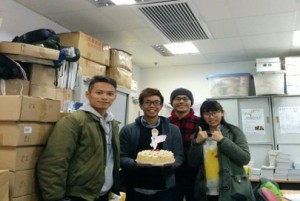 I joined a two- week field course focused on Cetacean Conservation in tropical Asia. The field course was based in Taiwan and Hong Kong and it was excellent in helping me increase my understanding of the techniques used in conservation research and the many challenges faced by conservationists when trying to push for preventative, and restorative measures to safeguard species that are experiencing significant population decline, or under threat of becoming extinct. There was also much discussion on the justifications for keeping marine mammals in captivity. Before I joined HKDCS I had a belief that having captive marine mammals was acceptable (a lesser of two evils) because the few individuals kept in captivity were ambassadors for their brethren in the wild. Now I have become more aware that it is not that simple and that there are many rationalizations for both sides of the marine mammal captivity discussion. However, it is very clear that keeping cetaceans in a pool for their entire lives is a violation of animal rights, because no matter how well accommodated the cetaceans are in captivity, a pool would never compare to the majesty of the open ocean. After observing cetaceans in the wild, it became very apparent to me that marine mammals would not be happy in a captive environment. 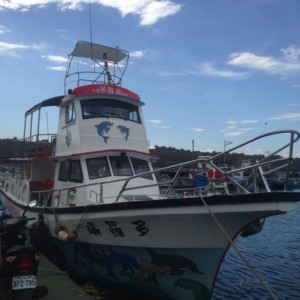 This was the whale-watching vessel we field course students boarded in Hualien County, Taiwan. We were very fortunate because we saw four cetacean species in one day! sperm whales, risso’s dolphins, pan-tropical spotted dolphins, and spinner dolphins up close and personnel!

A juvenile sperm whale about to take a dive! Click to watch! (edited video was filmed by Ryan Chu on May 9th in Hualien County, Taiwan)

My most favorite dolphin encounter in Hong Kong, May 25th was the first time I witnessed CWD playing in a large group! They were not shy and came right over to our boat! Click to watch!

Thanks again for everybody’s love and support! I am very grateful and proud to be a part of this effort to protect the resident cetaceans of Hong Kong. Till next time!

← Hello it’s Robin
Hello everyone! I am Yu →