Browse: Home   /   Days with the Dolphins – Meeting a Dead Calf on the First Boat Trip 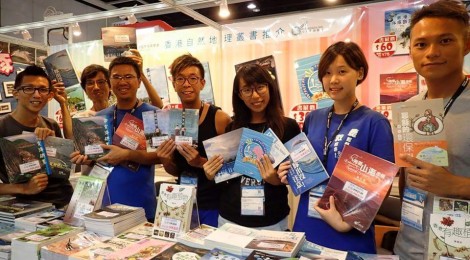 In this summer, being a part of Hong Kong Dolphin Conservation Society I learnt more than what I could expect. It was certainly an inspiring and fulfilling research experience, which guided the way for my future path and career. Doing boat and land surveys required great physical and mental efforts, as there were days we encountered tough weather, and there were days we had zero sighting. Every sighting moment of Chinese White Dolphins and Finless Porpoises became precious and means so much to us. Watching them dancing, twirling and spinning in the big blue ocean enlightened my spirit and motivated me to protect them. In fact, at the same time it saddened me to notice that they were under numerous threats in Hong Kong waters. The staff members at HKDCS continue to collect distribution data of Hong Kong cetaceans and are dedicated to arouse public awareness in the conservation of Chinese White Dolphins and Finless Porpoises, as well as cetaceans in other countries.  It seems powerless for me to speak for the protection of cetaceans, as corporate interests and government decisions are far beyond what I can control, but I believe we together can make a better world with kindness, beauty, and truth. Here I am sharing my internship experience with all my sincerity, in the hopes of spreading the words for those intelligent creatures.

“Two months would be passed in the twinkling of an eye, and the knowledge and technique we teach to every single intern is fairly similar. Yet, your attitude and action is the key factor of how much you could gain. Hopefully you may treasure the opportunity for working here.” Sitting at the office before signing the internship contract, here was the sentence said by Samuel, the president of Hong Kong Dolphin Conservation Society, which went into my heart and gave me courage to learn more from the team in the past two months.

Meeting a Dead Calf on the First Boat Trip

The journey actually began on June 18, 2015. I went on a boat survey for an interview, which was conducted in West and Southwest Lantau waters. Standing at the top of the boat, I was holding a pair of binoculars and trying to scan for the dolphins. It was a tough morning, as the sea was shining so bright that it hurt my eyes and the sun was burning my skin. On the spur of the moment, a Chinese White Dolphin rose up on the sea surface, and shortly afterwards, we were surrounded by them. As if they knew that we would not hurt them, they came so close to us and swam across under our boat. It was stunning that they were breaching, spy-hopping and tail-slapping in front of us, and I feasted my eyes on observing their movements. After the group of dolphins left, we discovered a grey object floating in the sea, and an adult dolphin was staying beside it. My heartbeat underwent sudden alter, when the grey object was confirmed to be a dead dolphin calf. The dolphin next to the calf, undoubtedly was the mother, repeatedly dragged it underwater, trying to protect her calf even though it was already dead. To avoid threatening the dolphin, we decided to drive away our boat. Samuel told me it was a grieving process for highly intelligent mammals, but it was unusual for the dolphin to react in this aggressive way. It was upsetting to realize the fact that firstborn calves commonly die from the bio-accumulation of chemical contaminants in the milk of their mothers. After this day, I could not stop thinking about the dead calf, I could not fall asleep that night and I could not even let myself eat any meat for sometime. It was heart-breaking to watch the mother dolphin mourn for her dead calf after encountering a group of playful dolphins breaching in front of us.

I am worried for these beautiful and innocent creatures living in the sea, as their decline are directly linked with human activities. Fortunately, I know there are lots of non-profit organisations trying their best to save the life of the cetaceans, and I am glad that I could work with the members at HKDCS and other interns at World Wide Fund. Their passion and determination enlighten my spirit and strengthen my mind.

Meeting at the Book Fair

In the beginning of the internship, I participated in the book fair held annually at the Hong Kong Exhibition and Convention Centre. When I was selling books at the booth of the Society of Hong Kong Nature Explorers, I got to see that there were lots of activists and authors conveying conservation messages to the public, and taking actions to protect nature and wildlife in Hong Kong.
Ray was one of the authors there, who organized night trips to observe amphibians and reptiles. Through joining the trips I was inspired to see things from the perspectives of the wildlife, and I was glad to see the natural beauty in the darkness of Hong Kong. I realize that lots of wildlife, such as buffalo, wild boar and snake, are actually misunderstood by the public. It is rare for them to hurt human out of no reason, instead, humans are usually the ones who try to harm them in the first place. 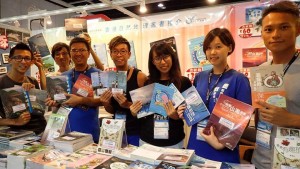 Booth of the Society of Hong Kong Nature Explorers 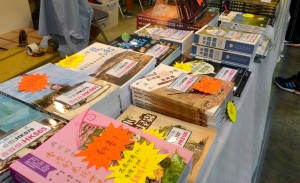 Books about the nature in Hong Kong 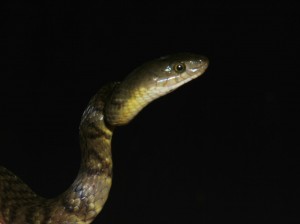 Natural beauty in the darkness

← My HKDCS internship
Days with the Dolphins – Days on the Sea →