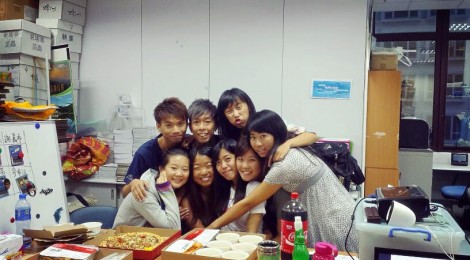 A farewell to everyone.

HELLO all! It’s been so long since I last wrote my first post in this blog. And now, here I am writing my last post in the departures hall at the Hong Kong International Airport while waiting for my flight to England – it’s time to bid farewell.

I could remember how excited I was on the flight back to Hong Kong almost three months ago because I knew I was finally able to see the Chinese white dolphins myself. However, little did I know that this summer was going to be much more interesting than that. Not only have I broaden my knowledge and gained work experience, I have earned myself some new friends, who are all lovely and unique in their own ways. I had the most amazing time in the past two months working as an intern in the HKDCS this summer. I remember the days when we worked late into the nights during the campaign. The games we played and the hilarious punishments we carried out afterwards. The precious moments when we shared the excitement of seeing dolphins leaping out of the water. The這不是春卷 (“this-is-not” spring roll)(?) from the restaurant where we got our weighing scale for free and the refreshing beancurd pudding we had every time after doing land-based surveys. The surprise birthday cake and the time when we took loads of selfies (shameless!) on the boat after work. There are so much more to remember but these are the memories and people that I will forever hold dear to my heart wherever I am and whatever I will become. Lastly I would like to express my gratitude to everyone who made this experience so unforgettable and meaningful. I have to thank Perry, Viena and Yuki especially for spending so much time helping me out with my questionnaire design and for reassuring me, when I had my occasional panic attacks because of my final year project. If it wasn’t for their generous advice and support, I wouldn’t have been able to carry out my questionnaires in such a rush. I also owe my most sincere gratitude to Samuel who accepted me into HKDCS and made this all happen in the very first place. There are so much more I would like to say and I regret not being able to say thanks to every single one of the staff and interns personally. Last but not least, it’s time to board the plane and I wish everyone the best of luck and success. Keep it up with the fight for the dolphins! 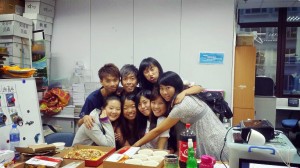 Lots of kisses and hugs, 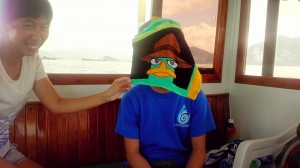 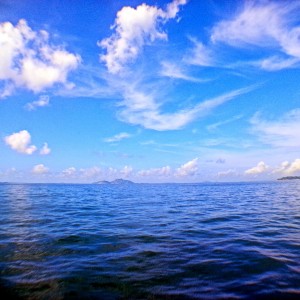 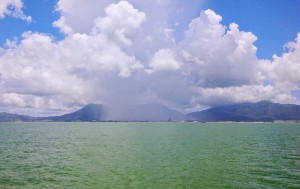 One of the best parts of doing boat surveys 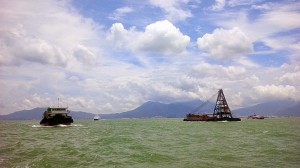 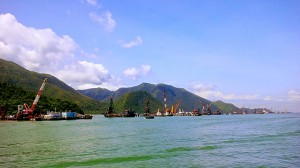 construction of the HKZHM bridge at West Lantau 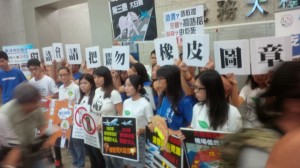 before the first ACE meeting on the third airport runway 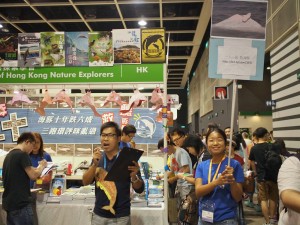 me at the book fair – having the best of time